A selection of texts taken from transcripts of interviews with subjects

Test Subject 404 believed that identity could be boiled down to an essential, Platonic ideal. We looked at the mystical symbolism hidden in the mixing of light in screens, the Ghost in the Machine:

“I was bored one day, so I scanned my hand into my computer. Not a big deal. I’m sure everyone does it, but something happened. I don’t know what I thought I’d do with it, but I got kind of obsessed with it, just kept opening the file up and looking at it. Zooming in. Watching something that was recognisably me turn into pixels. Then I’d zoom back out again, reassured to see myself return.

“Sometimes I’d just make the whole screen one pixel and stare at it for hours. I kept doing this over and over again, but was never quite satisfied. Could never find exactly the right pixel. There was something wrong with the hue, the saturation, the value

“Then one day I realised I’d found it, the perfect pixel, just by accident, I’d paused while scrolling around to change my grip and it was right there in front of me. I can’t explain how I knew, it was just as if the colour sent a coded message to my cells that I wasn’t able to decipher, only respond as if triggered.

“I cropped it and saved it carefully, not daring to breathe in case I lost it somehow. I made back-ups on CD, hid them around the house, posted them to trusted friends. I printed it out, but it was never the same, it needed the phosphorescence of the screen to give it life.

“It was enough for a while, to know I had access to this wonder, I’d meditate on it endlessly, empty headed, while the screen bathed me in a holy light. But soon it wasn’t enough, I needed more, I felt dirty, imperfect next to it. The pixel had become my ideal, myself honed into a transcendental form. I had to become one with it. Hopefully I pushed my head up against the screen, harder and harder until my forehead bruised. To my disappointment the barrier remained. I was not going to achieve union thinking like this.

“I tried hundreds of methods to understand the problem: I played around with the talismanic image, splitting it up into its component parts, looking at the light side and the dark side. I even started looking at the code behind it, learning the string of binary that made up the file, repeating it as a mantra as I stared at the screen. Then I realised that the problem wasn’t the pixel, the problem was me. I had too many variables: I was messy, human. I needed to become digital myself, that’s why I’m here”

Test Subject 010 became afraid that everyone else was a robot, and we investigated fictional tests for androids. By recording such empathy tests, we investigated the gains and losses once emotions become transferred into digital information.

“They look fine on the outside, but inside they’re all wrong. I can’t remember when I first realised it, seems like I’ve always known that everyone else was a construct. They’re all very convincing, very good at pretending to be real, but once you’ve caught a glimpse of it, you never forget it, start seeing it all over.

“It’s like a nothingness in the eyes, like you can see right through to the back, with no person in between.

Test Subject 666 has been interested in lists of words for some time, so we investigated various sets of “most common words” and came across a list from Brown University in the 1960s called the Brown Corpus. This list has been used in pattern matching in code breaking.

“Ha, sorry. Been watching a lot of films lately.

“I’ve always been told I have a good voice. Great for radio, they say. Trouble was, it never sounded right to me. You know when people tape themselves and listen back to it, it sounds wrong, recognisably you but kind of alien. I know, I know it’s something to do with it bouncing around inside your head.

“Anyway, with me it’s the opposite: I’m happy the sound of my voice when it’s recorded, but the sound in my head sets my teeth on edge. I used to avoid talking whenever I could, but of course this wasn’t very practical.

I started recording common phrases and tried to get by in telephone conversations by playing them at appropriate points. It worked OK, so long as you didn’t mind sounding like a robot.

“Mind you, it got me thinking, I’d seen films where they got people to record lots of words and then they synthesised their voice and replaced them with robots. No, no, I didn’t want to be replaced by a robot, I just thought I might be able to make some kind of voice synthesiser, and here I am, rabbiting away on it, neat huh?” 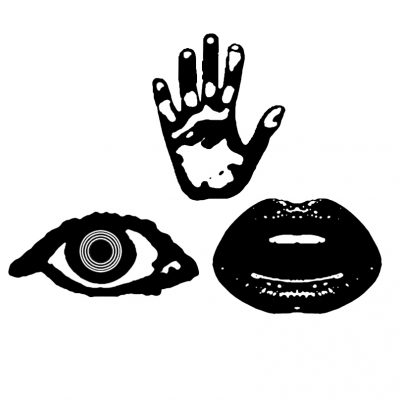