When I was young I used to be able to turn into a bird, but as I got older I forgot how. There’s still an ache of longing when I see something take flight, as if I’ve got a hole in my chest, and all my dreams are airborne. I never wanted to keep birds, although I was fascinated by my uncle’s pigeon loft in Spain. I’d stand nervously just inside the door as the sound and fluster cascaded, and I lost myself in the flock.

I think I was searching for this joy when I fell in with a guy who bred birds, but somehow it was never the same. He treated them like products, breeding in what the market wanted and out what was awkward and individual. They were like little machines, cooped in identical white boxes, eating paint and shitting money. The shed was eerily quiet, I never heard any singing, cooing, cawing: only the regular shuffling that sounded like a factory drone. I asked him why he never let them fly around, he just looked at me with inhuman yellow eyes and I shivered. I imagined he wanted to turn me into something more regulated, something more profitable.

One night I couldn’t sleep, I kept thinking I heard a chorus from the end of the garden, and eventually could no longer dismiss it as a dream. I turned to see if my companion had heard as well, but his side of the bed was empty, and had no trace of warmth when I felt it. A spark of hope lit up in my heart and I scurried down to the outhouse.

As I approached, I realised that there was something strange about the birdsong: different phrases were being repeated and layered, until the sound seemed impossible. I’d have thought it was a recording, but there seemed to be a similar shifting of what I was seeing, an overlapping set of decoded reality fragments. The clinical bunker with its regimented zones of species was at the same time an ornate Victorian menagerie and at the same time an intimate wooden shack stinking of guano and at the same time an airy and open glass aviary.

After a few minutes of blinking and swallowing hard I got used to this strange, multiple perception and cautiously walked inside. The air was made of birds, I could barely breathe, and the twittering machine overwhelmed me as it produced a territory with song. Powdery iron finches flew past me, rusting into nothing as they migrated through time; a papery flock took their place, their wings mapping a line of flight too complex for me to understand. There were crows made of light, burning dark on the film of my retinas, floating wherever I looked: transparent but persistently present.

I started to feel some of the excitement and dissolution I remembered from when I was young and held out my arms not caring if I was taken up or torn to pieces. Soon I was covered with bizarre creatures, pecking and clawing at me until I shone like a saint. With feathers stuck to my bloodied skin, I started to be less harried, as if I was becoming one of them. I managed to move further inside and saw a lectern with a shimmering book on it. I leafed through the pages and I realised they were each made from a different bird, still moving, as if they existed in a different dimension and this was just a window into their life.

“Which one are you?” said a voice, raspy and alien. I looked up startled, and saw a shamanistic figure, an ornate dark headdress making him look like a huge raven. Only his amber eyes told me who it was. “Which bird are you?” he asked again and I recalled a refrain I’d known when I was a child.

I started to recite: “Capercaillie, Lammergeyer, Cassowary…” With each bird I named, one flew out of the skylight, calling or trilling out in rhythm with my ritualistic list. The air grew more still and empty and as my speech faltered I realised we were alone. We looked up a little sadly as all the things we’d been so sure of receded into the night.

See how they fly. 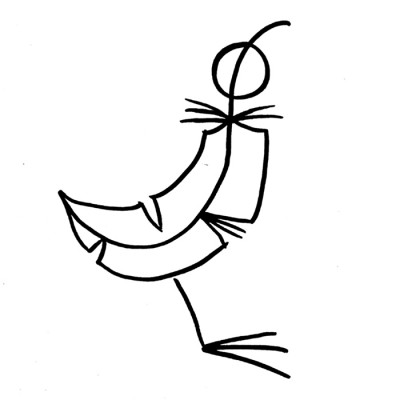