Subject received memory by neuroinsertion, combined with visual and auditory reinforcement stimuli, over the 3rd – 26th August 2004. Absorptions rates were higher than average, with a 73% acceptance using the Barndt-Millais congruence scale. The following account was transcribed from the subjects recall of the inserted memory, at the end of the process.

Operator 5: “Can you just confirm for us that you’re comfortable talking about this?”

Operator 5: “Well, if you just close your eyes and let yourself relax, you might find the memories just drifting up to the surface, becoming clearer all the time. You could find that you seem to be living those memories again, seeing all the details that you want to, feeling only what you are comfortable feeling. Just let the words start to flow and tell me whatever comes into your mind.”

Subject 92: “OK… well, it was about three years ago, I was between ‘A’ levels and Uni., summer… God, it was such a great summer, it was like all the stress was over and I could just… y’know be myself for a bit… Anyway, I used to go and hang out in the fields outside of town. They were full of these yellow flowers that year, the ones they put in now and then, I think they make cooking oil out of ’em…

“So this one day, I’d gone there to hang out, my mate said she might meet me, but she didn’t turn up, so I just sat and read for a bit – something by Philip K Dick I think, cos it started to do my head in and I had to lie down and think about it… It was pretty hot and I think I must’ve dozed off for a bit, but when I woke up my head was in this weird little puddle, I remember it clearly ’cos I freaked out at first, thought it might be blood, but it was just water… very dark water… seeped back into the ground after a few minutes, but it left me a bit, kind of, prickly, like something was going to happen.

“I had to get up and go for a walk to try to clear my head. It was odd ’cos it was such a bright day, but I felt kind of cold and… hollow…”

Operator 5: “You don’t have to feel anything uncomfortable, just let the memories flow through you…”

Subject 92: “OK, well, I’d been walking for a bit, and I thought I might have heard someone calling me, so I looked back over the field and there was this… spot… this dark patch in the sky above where I’d been laying. I didn’t think much of it, but then something made me turn round to look at it again. The patch was bigger, it looked like a kind of… rip in the sky, but it was moving around, shifting. I couldn’t figure it out, you know how sometimes you see something and you just can’t interpret it, can’t fit it in your frame of reference properly… I felt pretty stupid when I realised it was just a mass of birds, crows I guess, although I’d never seen them flock like that before, is that the right word? There’s a proper word for a group of crows isn’t there? It was like when starlings are going around, getting ready to migrate or whatever, but because they were bigger birds, it wasn’t like some graceful, fluid motion, it was… lumpy… heavy… dirty…”

Subject 92: “Yeah, yeah, sorry… but they didn’t seem to be making any noise. There was this big bunch of birds flying over the field, loads of them, more and more all the time it seemed, but completely silent. I mean, I was a bit away from them, but it seemed like I should be able to hear something, some kind of call… It was like they were sucking the sound in, making a whirlpool that nothing could get out of…

“Then I found myself pulled in as well, like I wanted to be a part of it, and I was stumbling towards them through these plants that came up to my chest, but I got fixed on the idea that if could join them then everything would be OK, all this weirdness and confusion would go away, so I kept trying to float up to them, y’know how you do in dreams, but this wasn’t a dream so I couldn’t, and I tried to get them to see me, to help me, but I couldn’t pick out any one bird, anyway there were always more and more of them, and every time I thought I was getting close, I’d trip over a clod of earth and it was like they’d got further away again, and I was scared that I’d scare them off and never be a part of this huge, powerful force, so I was trying to sneak up, but get as close as possible so I’d be able to see them better, but the sweat was stinging my eyes and I couldn’t see properly through the watering, and I think I might have started to cry, give up hope of ever getting there, then suddenly I was there and it was like I’d been there all along, up in the clouds with my brothers and sisters…

“Then something popped silently, I don’t know if it was in my head or outside of it, and there was a kind of explosion… no, implosion… and I saw that there was only one crow… maybe there’d only been one all along… I’m not sure.

Subject 92: “Well, this is going to sound pretty weird, but… during that whole memory my hair was blonde… ” 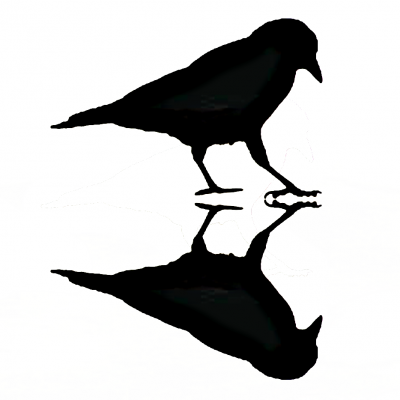