Preparation / Cleansing / Grounding / Creating a Sacred Space / Raising and Releasing the Power / Centering Meditation / Closing the Sacred Space. A stone appears, an animal, a circle. A persona appears, a shadow, a parasite. We must meet the Shadow and absorb it without fear. We go into the ground, our bodies are stripped away, so we can be reborn, but is it really “us” that returns?

“I must put three things together: habits or customs, animals, noises. At first glance, they are unrelated. Yet I am not putting them together haphazardly. I am forced to do so by my tongue: Latin, Greek, Roman. In this somewhat fuzzy spot, a parasite is an abusive guest, an unavoidable animal, a break in a message.”
— Michel Serres “The Parasite”

In French, parasite also means static, white noise. Fuzz and repetition, lulling, hypnotising, opening us up to being possessed, to becoming drones. In a ritual we become host to a parasite of an indeterminate nature, the organism invading us dissolves boundaries and binaries. We open up to it, invite it in, without really knowing what it is, what it will take from us, what it will give. We are the eaten host, knowing our blind sacrifice is meaningless, and yet still turning from base metal to gold.

How tempting to recall here the formula of fetishistic disavowal: ‘I know very well, but still … ‘. To the current exemplifications of this formula ‘I know that Mother has not got a phallus, but still … [I believe she has got one]’, ‘know that Jews are people like us, but still … [there is something in them]’ we must undoubtedly add also the variant of money: ‘I know that money is a material object like others, but still … [it is as if it were made of a special substance over which time has no power]’.”
— Slavoj Žižek “The Sublime Object of Ideology”

We are no longer separate from this ritual, it has possessed us and we are a machine with it, we are sucker and sucked, an ouroboros of desire, a Rebis, a feedback loop that drones eternally. Ritual objects become fetishes, we can’t remember what made them seem important, but by using them again and again, the original, never consciously seen, object of desire becomes identified with this, and the games we play with it.

“The quasi-object, when being passed, makes the collective, if it stops, it makes the individual.”
— Michel Serres “The Parasite”

Some objects have no meaning unless they are used, such as a ball in a game, quasi-objects do not exist for an individual, those in the group exist because of, around, these objects, and yet, in themselves they are meaningless. When you are the holder of a quasiobject, you are the focus, the sacrifice. The only way to survive is to lose your self in this group, to play games, Rituals that become, endlessly.

We pass Quasi-objects between us, but as they move something of them sticks, they are a slime that stays on us, that seeps into us, infecting us, a virus, a parasite, joining with us in a queasily intimate way. They pass through us, turning us inside out, bringing our organs to the surface, and persuading us that we have always been this way.

It’s not the object that holds the power, it’s not the ritual, it’s not what we do or say or eat or kill, but still… there’s something that brings us back, an addictive siren song that promises what we want if we just do it again, until what we want isn’t important any more, we’re conditioned to crave the buzz of the ritual itself, not caring if some demon or control system is laughing at us pitilessly, perhaps that’s what we wanted all along.

In their rituals, the Hauka cult in Africa became possessed by the powers that oppressed them, but rather than being a submissive act, this is a form of resistance, unsettling and subversive to those in charge, they aren’t being taken over, they are taking over, taking on the power, turning around the mirror.

This happens too in Super-Parodic Performance, such as Tele Geto TV in Haiti, imaginary media broadcasts made with mock equipment, a performance of something impossible to make it real. Instead of finding archetypal parts of yourself through dreaming, or the Holy Grail through telling myths, this journey isn’t to some form of heterotopic ʻother placeʼ, but instead ‘others’ this place, makes it unfamiliar, in order to perform an external Shadow Work, reintegrate what we fear or hate into ourselves, accepting the beneficial elements without becoming overtaken by the harmful ones.

Our rituals come to us, we don’t create them, chance encounters, random diagrams, walking, finding, a psychogeography of hidden forces that we tap into and subvert. We read the city like a spell, find scores in paths in the woods, cast hexes online. We occupy the spaces in between where
we are supposed to be and what we’re supposed to do. The actions could be anything, but they are this, and we commit to this, happily blindfolded, dancing off the edge.

“But the ritual of witchcraft is the ritual of an oppressed people. The religion of a conquered nation has often become the magic of societies formed as a result of the conquest.”
–Georges Bataille “Literature and Evil” 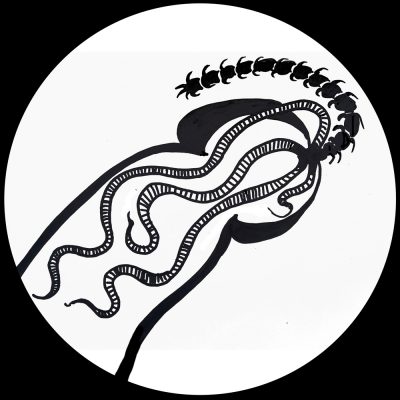 © June 2014 (Originally produced for Twice Upon a Time: Magic, Alchemy and the Transubstantiation of the Senses, Birmingham Institute of Art & Design)

From a performance lecture with Ralph Dorey and Stuart Tait: Full Text / Video of Performance