The middle of the night. It’s always in the middle of the night they come, scratching in the corners of the room. As soon as I turn on the light they scuttle away before I can catch them, only to slither back as soon as my eyes close. In the dark they glow faintly in the edges of my vision, going dark when I look straight at them. I sometimes throw things at them, but they’re fast when they need to be.

They’re getting closer each night, seeping towards me and paralysing me with dread. I can slow them down by concentrating, but I always get exhausted eventually, and they gain ground while I’m asleep.

I think they reached the sides of my bed last night, and I’m determined to hold out until dawn if I have to. I hear a sickening, slimy sound to my left and focus there, pushing the creatures away with my thoughts, but then I realise there’s a pulsing weight on my chest. I try to turn my head back, but everything is in slow motion, there’s one of them on me and I can’t even shudder. Close up, they are even more alien, a luminous outline of something shimmering and uncanny like a deep sea predator. It’s breathing in time with me and with growing horror I realise I’m getting sleepy. I fight to stay awake but the flickering presence has sapped my will and my eyes close under its spell.

When I wake I’m mad with thirst, and I’m already gulping from the tap before I realise I’m covered in some kind of sticky residue. The implications hit me and I vomit back all I’ve just drunk. I crawl to the shower with a roaring in my ears, but even the water doesn’t seem to clean me. Wherever it touches I feel a skin memory of being caressed by unnatural bodies, and the sensations overwhelm me until I’m kneeling and gasping. I screw my eyes up, desperately trying not to admit to myself how queasily good it feels.

All day I’m in a daze, only partly there, the rest of my mutinous mind lingering on half-remembered sensations that I try not to enjoy. Despite my best efforts, I’m looking forward to going to bed for the first time since the invaders appeared. I don’t know at what point during the day I gave in to the inevitable, but I get undressed as if I’m bedding a lover.

Finally the longed for noises start, and with no psychic resistance to slow them they’re all over me in minutes, I’m weighted down with their strange mass, and I start to lose sense of my edges. I suppose some of them must have slipped inside me, but it seems unimportant compared to the blurry connection I’m starting to feel to their hive-mind. The more I let go of my own identity, the more I’m rewarded with a buzz of approval and lust, until I dissolve completely into their greater purpose.

The next morning I feel perfect, energised, everything seems to flow easily, without my usual clumsy mistakes. I glide out of my door with them hidden inside me, I’m their willing puppet as I go up to every letter box on my street, shivering ecstatically as they slide down my arms and into a new home. 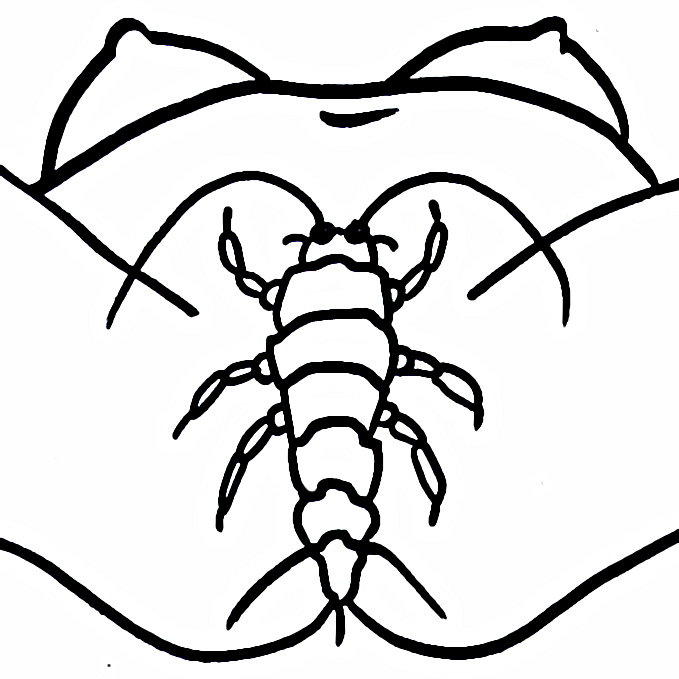