So I did it and it worked. Now it’s me in teenager’s collages, me on your iPod playlist, me doing ironic cover versions at charity gigs. So why do I still feel like someone’s laughing at me, like I’m made of dust, bound for hell. Idiot, idiot, idiot.

I don’t regret it, she was vile, everyone agreed, but somehow still loved her: her perfect black bob, her perfect white face, her perfect red pout that we all wanted to eat. How can you hate someone so much and still do anything they ask? That tiny flaw in judgement that whispers: maybe if you do this you’ll get in there, inside the fantasy fuck. Well I’m inside now alright, and it’s more HP Lovecraft than wank mag.

Flies buzzing around the screen in swarms of zeroes and ones. She’s making me do the backing track over and over again, like she knows best, and why don’t I get paid like she does? The fucking tracks are all written by me, she just comes in at the end and howls some shit over the top, not even proper lyrics, just sounds. “Knowingly Retro” they call it, well I could fucking sample a few old divas and get rid of her, make shit ten times better and no-one would know to listen to it, but they don’t care about that, she’s a ’star’ and I’m just a tech. Finally it’s done, another hit in the can, everyone telling her how fabulous it is, and I just get my standard paycheck.

And the beast is straight in at number 1.

Drunk, and on God knows what designer drug is fashionable this week, she throws her arms round me in pretend camaraderie. Tells me how they’re trying to give me the push, but she won’t let them, she’s on my side, see? Now could I go and get her another bottle? I drink the champagne I paid for and watch her stagger off, dancing, laughing, not knowing what’s going to hit her. The bubbles boil in my brain, and I formulate my plan.

First the easy part, crunching on the computer for a few hours, for a few days, for a few weeks and my voice breaks into hers. Still my own when I want it, but also a perfect lip-synch of her sexy, throaty, fuck-drawl. My body was more difficult, shaving down the flesh, painfully airbrushing out blemishes, stretching and twisting myself into the perfect shape.

You’d think people would start to notice the difference, complement me on losing weight, chat me up, but somehow I managed to make her figure look like shit. I told myself I was just trying to stay unnoticed until it was time, but what’s inside can’t help seeping out. She knows she deserves for everyone to crawl before her, to be used for her pleasure, and they comply. My self-loathing stinks around me like a rotten cloud, making me worse than invisible: you see me but wish you hadn’t, and try to blot me out of your mind as quickly as possible.

Then at last I looked in the mirror and I was her. Everything I’d always wanted to be, seamless as a robot designed to destroy you. My mouth watered.

I sat in my carefully rehearsed pose for hours, waiting for the denouement, her undoing. As she stepped through the door it took her a while to notice me, and when she did it was a few moments before her eyes caught up with her babbling mouth. She still tried to finish her sentence, and I almost loved her for that.

“What the FUCK do you think you look like, love?” she finally managed to spit, with most of her usual confidence, but at last I was more assured than she’d ever been, because now I was her perfected.

I stood and slowly walked towards her, I could feel my smile become a sneer, but there was no need for caution now. As I looked her in the eyes and raised my hand, I felt a flutter of arousal as she realised her own hand was reaching towards mine. Soon both our palms were touching: we were exact mirror reflections, except that her eyes were as terrified as mine were exultant.

Then as she started to fade, like a layer losing opacity, she managed to plead in a whisper: “Don’t do this, I’ll give you everything I’ve got…”

And the number of the beast is 0% 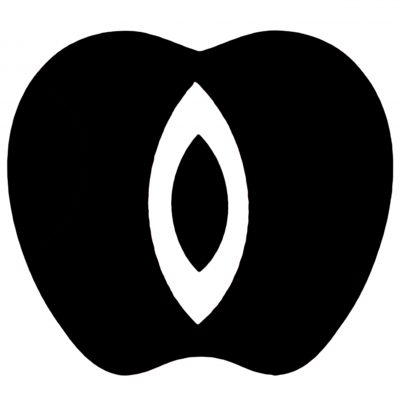